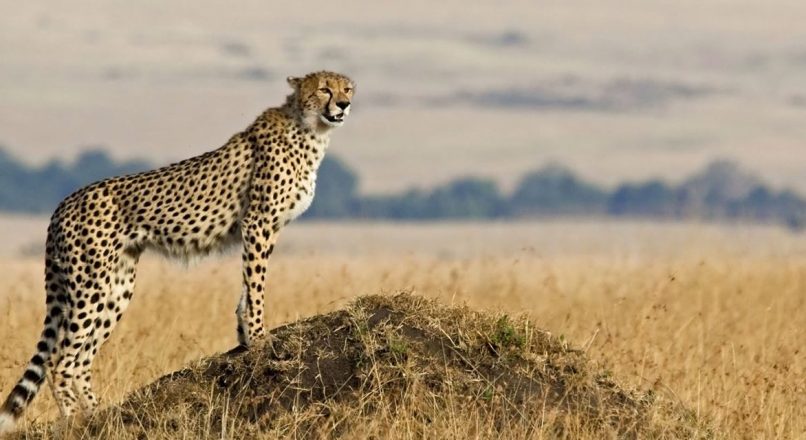 Dar es Salaam may not be the most popular place to start a safari in Tanzania, but it’s probably the best. Easy access to rewarding wildlife encounters in Tanzania, coastal location, and a unique Swahili culture make Dar es Salaam is one of Africa’s greatest travel secrets. Unlike Arusha and the Serengeti which appear to be nearly overwhelmed with guests consistently, Dar es Salaam invites guests yet isn’t swarmed with them. In case you intend to visit, here are the top 5 safari destinations from Dar es Salaam.

The Selous game reserve is Africa’s biggest reserve, a UNESCO world heritage site, and not as travelled as the Serengeti. Packed with elephants, cheetahs, black rhinos, African hunting dogs, and plenty of hippos and crocodiles, Selous offers an unparalleled bush and wildlife experience. Selous and Serengeti are the two spots where you can witness the elephant movement in Tanzania. This migration takes place in the dry season from June to November. January to April during the rains are great for birding. You can take your safari by boat through the Selous swamps, rivers and wetlands. Walking safaris are also popular here and you can also enjoy night drives.

Located in a convergence zone for both northern and southern hemisphere birds and mammal species, Ruaha is unique. The Ruaha National Park is the largest national park in Tanzania brimming with wildlife, especially elephants. Ruaha is home to lions, cheetah, leopard, lots of kudu and many other African mammals. Ancient baobab trees, green-fringed river, and wetlands surrounded by the rocky hills give the park stunning and diverse scenery. The Great Ruaha River nourishes the park during the dry season from May to December offering some spectacular game viewing.

Mikumi National Park is the closest safari to Dar es Salaam is easily accessible on a day trip from Dar es Salaam. The Mkata floodplain in Mikumi is similar to the Serengeti with concentrated and diverse wildlife. Expect to see a large population of elephants, giraffes, buffaloes, Thompson gazelles, zebras, vervet monkey and many more.Enjoy half day game drive, dinner and overnight at lodge/ tented camp. Though wildlife sightings are almost guaranteed year round, June to October is the best time to visit as this is the dry season and wildlife can be spotted easily.

A short flight away, and for a safari of an alternate kind, Mafia Island Marine Park draws deep ocean fisher people and scuba divers from around the globe. Marine life is rich, the coral is unspoiled and the Indian Ocean is warm through the year. Colourful tropical fishes abound around the coral reef and whale sharks in the deeper waters. Swimming in their presence is one of the most humbling experiences on earth. On land, there are birds, monkeys, squirrels, bushbabies and monitor lizards. For an unforgettable snorkelling, diving and fishing experience, visit the Island anytime between December to March and June to October.

Saadani National Park is the only park in Tanzania located on the Indian Ocean and combines the coastal forest with acacia woodlands, open grasslands, mangroves and sandy beaches. Birdlife in Saadani is prolific. Lion, elephant, giraffe, leopard, and buffalo along with hundreds of other mammals can be spotted here. At Saadani you get the chance to see wildlife on the beach which is totally unique. The best time to spot both mammals and the migratory birds in the park is between January and February and from June to August.

Every one of these destinations offers an extraordinary, isolated safari encounter and comfortable accommodation. This is why the area of Southern Tanzania around Dar es Salaam is a popular choice for a safari adventure. When you are not exploring the culture of Tanzania, you’re exploring its wildlife. Dar es Salaam is a great safari destination departure point, worth exploring for your safari holiday.